One of Laabs Cheese factories was in Willard, Clark Co., Wisconsin. Jacob Tjepkema was the cheese maker at the Laabs Dairy in Willard from 1947-1955. His successor was someone Jake had trained to be the cheese maker and was a local Willard person whose name she did not remember. Previous to Jake was Leonard Rauen. I do not know how long he was there. There were 5 Laabs brothers who owned a couple other factories. One was at Curtiss Mrs. T. said. The Willard factory was right on Cty. G in Willard on the east end of "town." (information supplied by Dolly Qualls and Mrs. Jacob (Marjorie) Tjepkema)

Note, the gas pump near the entrance in the photo of the factory below. 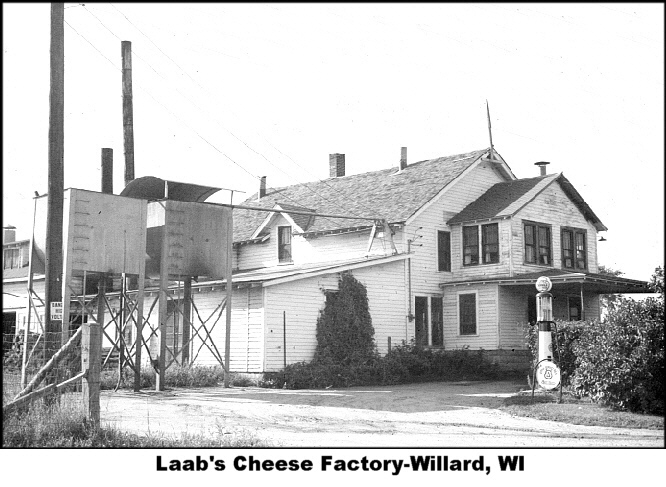