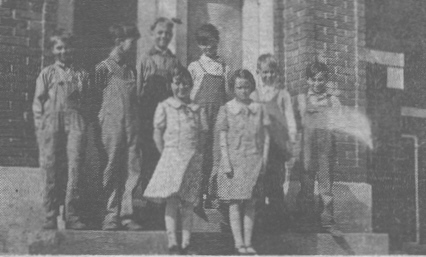 The first school started about 1915 and classes were held in a room of the cook shanty of Duvall's sawmill, Clark County, Wisconsin. About 1914, a one-room school was built called Soo Grove School. The second two-room brick school was built in 1922.

The two-year high school was started July 14, 1930 and was discontinued July 22, 1941. The teachers employed at the high school were Mrs. Ed (Mable) Prien, Gerold Scott, Torgeson Anderson, Sidney Jacobsen, and Raymond Hager. In 1946 this school became a parsonage for St. John's Congregation and is now owned by Reuben Rex.

A new three-room brick school was ready for occupation in 1929. Later the school consolidated with the Colby school district and the children are now bused to Unity and Colby.